Realme has released October 2021 Security Patch for Realme X2 devices along with a few hotfix in the system where users faced restart issues when dragging a mini window, also this update comes with RMX1992EX_11_F.25 build.

Realme X2 is a mid-range smartphone that competes with Xiaomi’s Redmi Note 8 Pro, which is one of the most powerful current-gen smartphones. The Realme X2 is powered by a Qualcomm Snapdragon 730G SoC with a dewdrop notch with a large, Super AMOLED display with the in-display fingerprint sensor.

Hence, the Realme X2 Android 11 Update was the last major OS update on this device.

However, it will continue to receive Security updates this year at least. Realme 8i Software Update Realme released October 2021 security patch for Realme 8i, which is a budget-friendly smartphone released by Realme last month Released on 14th September 2021 with Android 11, Realme UI 2.0 out-of-the-box. The update will be randomly pushed out to a limited number of users today and will have a broader rollout… 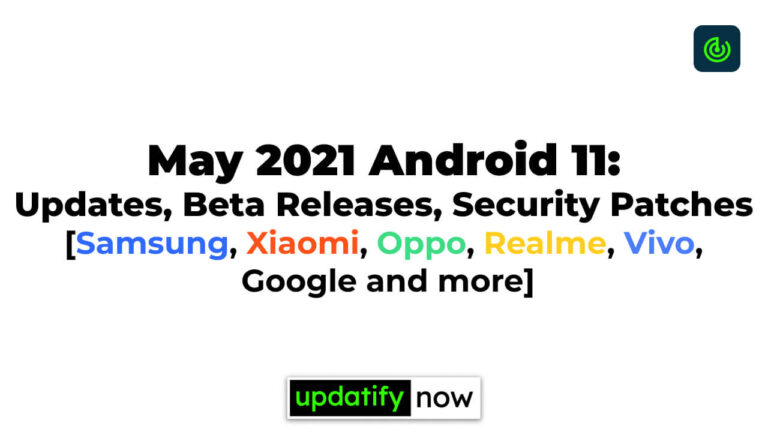 May 2021 Android 11 : Updates Monthly Roundup May 2021 really brought a lot of Android 11 updates along with the beta releases and the security patches or updates. To round it up, here is the list of all OEMs which have released any update during May 2021. Google Google released the May 2021 Android…